We are holding in-person services! Masks are required and temperatures will be taken at the door. 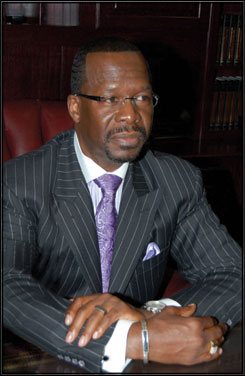 Click here to book Pastor Wallace for your next engagement.

Dr. Curtis Wilbert Wallace is a native of Paris, Texas.  After graduating from Gibbons High School in 1966, he attended Paul Quinn College and Houston Baptist University.  He earned a Bachelor of Theology degree from Union Bible College and Seminary of Houston, Texas, a Master of Arts degree from Survine Theological Seminary of Denver, Colorado (formerly Aspen Theological Seminary of Aurora, Colorado), and a Doctorate of Ministry from Houston Graduate School of Theology.

Dr. Wallace loves the Lord and serves faithfully in his daily life.  He is saved, sanctified and filled with the precious Holy Ghost.  He humbly subscribes to the saying, “For we walk by faith and not by sight”, 2 Corinthians 5:7.